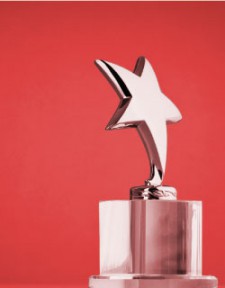 Also in this section

Mr. Noel Nurse began his career in shipping when he worked with Gardiner Austin Air Cargo Division in Bridgetown.

During his tenure with Gardiner Austin Mr. Nurse stated that he was given the opportunity to be involved with all aspects of the business operation; from cargo handling to payroll as well as interacting with customers. The knowledge he gained from learning about the cargo business from the ground up prepared him for the move to Seawell Air Services (SAS) Cargo Division at the Grantley Adams International Airport. The shift to SAS saw Mr. Nurse working his way up, first as a Shift Leader then a Supervisor and ultimately as the Manager of the Cargo and Ramp Departments before being elevated to his current position as General Manager and CEO of Booth Steamship Company (Barbados) Limited.

During the course of Mr. Nurse’s two and half decade association with the Credit Union he served tirelessly on the Board of Directors and Supervisory Committee. He has also represented the Credit Union at the level of the Barbados Co-operative & Credit Union League and attended international conferences hosted by the World Council of Credit Unions. Mr. Nurse remarked that this exposure afforded him the opportunity to develop contacts at the international level and thereby obtain information that could benefit the local movement. Mr. Nurse will be remembered for his role in reshaping the image and relationship of the BS&T Employees’ Credit Union within the local credit union league.

When questioned about his willingness to volunteer from the early days, Mr. Nurse admits to being a volunteer at heart; because he saw the importance of the Credit Union not just to himself but to others, he felt obliged to become involved by volunteering to serve. His personal mission, with each position he held within the Credit Union, was to guide the development of new or young volunteers so that they could take over the reigns as he “phased himself” out and made room for others.

He reminisced that he especially enjoyed his “early days” of serving on the Supervisory Committee when the operation was much smaller and he worked closely with the General Manager on different matters. In looking back, Mr. Nurse expressed immense satisfaction with the growth and development of the Credit Union over the last twenty-five years; especially with the Credit Union’s Board of Directors moving from being involved in the day to day operations of the institution to assuming the role of governance and determining the strategic direction of the Credit Union. When questioned about any significant changes that took place during his tenure with the Credit Union, he replied that the introduction of a computerized system for member accounts definitely stands out in his mind.

Regarding improvements he would like to see within the movement in the future, he indicated a desire to see more collaboration amongst the local credit unions. He also believes that the sector should have its own bank. He perceives this entity as being owned equally by all member credit unions. His feeling is that the bank can start off small with a few owner credit unions and gradually expand the ownership. He is quick to state that he is not purporting that Credit Unions begin performing the functions of retail banking but simply that as a sector, credit unions should have their own bank. He sees the future of the Credit Union movement in Barbados being strengthened through new people entering the movement; not just simply as members but as volunteers to serve on the committees and boards.

When asked about hobbies, Mr. Nurse admitted that while he enjoyed several activities including hockey, tennis, jogging and fun walks he does not currently have the time to pursue these activities as he would like. However he is looking forward to dedicating more time to these pursuits when he retires. Mr. Noel Nurse, a dedicated Credit Union member.